Hey everyone! I scrolled through a few pages of EGL but didn't see this yet, I found a large image of Aqua Princess and figured others would want to see too.
( Collapse )

The chiffon blouse that was in Metas lucky packs is gorgeuous, and I've been thinking about buying it off the sales comm, but different sellers post different measurements, does it have more than one size? Like some say bust 98 and others 88, others 92. Or is it one size and some sellers get the measurements wrong? I don't want to buy one just to find out that the measurements are incorrect and it won't fit me :/ I don't know what the blouse is called or if it even has a proper name, so I've not been able to use my google-fu either.

I was wondering if anyone had placed a bid on an auction with Japonica Market to find out that the competing bids were also coming from Japonica Market under a different username? I was bidding on an item on Mbok, under the JM username helloworld★ and noticed that they were bidding on the same item under the username mecha★. Personally I felt they ought to have told me that someone else was bidding because it is slightly dishonest and also they could be putting false bids down to increase thier comission. I really don't know what to think but this could be due to the popularity of JM.

i did look on hello lace and there isnt an awful lot on there.
I was wondering if you guys could show me your pictures of headdresses (maxipad style :P)
it can be stock photos, personal photos, worn.. anything.
Thanks! 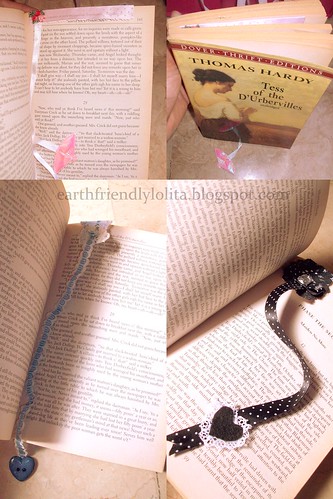 I recently got my very first lolita dress from Qutieland( the Dream of Lolita AP Melty Chocolate OP) and I'm so upset. The dress is amazing but I'm upset about my weight. I've gained a ton of weight and now I can't even fit in the dress I've been waiting for since February. T^T I don't know what I should do now, on one hand I could trade it on the comm sales, but on the other I can lose all that weight and wait another few months to try and fit in my dress. (Easter is in a couple of days too and i really wanted to wear it then.)

Hi, I'm looking to see if anyone has any pictures of co-ords with waistcoats? I don't mean in boystyle, but rather skirt/blouse/waistcoat combinations. I've only seen a couple of people do it but I really liked the aesthetic. Any pictures you have would be very much appreciated.