This is a review of this JSK: www.babyssb.co.jp/shopping/baby/jumper/134285.html

I came across a site called gmarket.com while looking for a Gabalnara wig and hit the motherload but there is one problem..they don't sell international. I emailed them inquiring if they would open services to international sellers but in the meantime I wanted to know if anyone knew of a place I could order them without a shopping service or doing a group order [as they are never selling the styles I would like to buy].

Thank you.
:3
[I already looked through the memories and found nothing on this subject]

(If this has already been posted, mods, please feel free to delete.)

I'm sure a lot of you remember a post a little back that announced that the Fashion Institute of Technology (FIT)  was hosting an exhibit on Japnese fashion, which included lolita. Well, I was just on their website today and I saw an announcement for an upcoming exhibit which will feature none other than the iconic designer Viven Westwood! While not specifically lolita, Westwood's rocking horse shoes are used often in loli coordinates so I thought this was worth posting to the community!

Vivienne Westwood 1980-89 will be the first exhibition to focus exclusively on Westwood’s fashions of the 1980s and highlight the significant shift in Westwood’s design style during this decade. Her work of the early 1980s was prominently featured in edgy magazines such as i-D, and her following was comprised mainly of street-style insiders. By 1985, her more structured, feminine, and historically-inspired styles began to attract the attention of the mainstream press and widened Westwood’s audience. The exhibition will include a unisex ensemble from the Pirate collection (1981), a woman’s ensemble from the influential Buffalo collection (1982) and a pair of Westwood’s iconic “Rocking Horse” boots from the Harris Tweed collection (1987). Editorial photographs from magazines such as The Face and British Vogue will further illuminate Westwood’s impact on 1980s fashion, as will runway footage and video interviews with the designer.

In addition, it seems that the exhibition will run from March 8, 2011- April 2nd, which means it will overlap with the extended Japan Fashion Now.
Here's the link to FIT's site: http://fitnyc.edu/3452.asp
Thoughts? Comments? I'm personally planning on visiting the both exhibits in my rocking horse shoes! ;D

This is a question for those of you who purchased this LP:

It seems as if I can still order one if I want, and I think I'm going to go ahead and do that tonight since the Solid AP LP isn't going to be on sale in the US... Sad!

Anyways, my question is, how much was shipping to the US for this pack? I'm curious to see what the final price will be and if I can afford it when all the shipping is added up.

Thanks so much, any input is appreciated! <3

I decided to post some of my drawings again! And this time, I wanted to make someting similar to my "Milky-chan with a Twist" picture I posted a year back (2009) - for the simple reason that I wished to see if my skills had evolved any since that time. So, I picked the print I'm adoring the most at the moment, and dressed my character/mascot into the JSK. Let's see how that turned out. ;>

Hi egl,
I'm flying off to Hong Kong and won't be back until the 19th.
If you have any queries in the meantime, please contact another moderator as I can't guarantee I will be able to respond quickly. 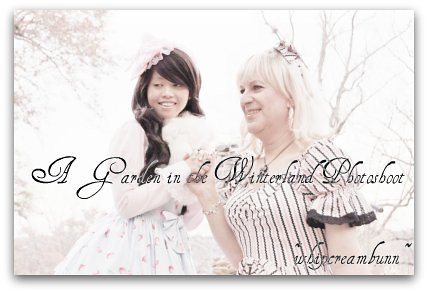 I have an oddish question. x3;;; I find Rocking Horse Shoes to be really pretty and unique. I'm thinking about buying a pair someday. However, I'm worried, because I have slender feet, that they will slip off. I've also never worn anything platform-y. I'm not sure what I'd expect. I also cannot wear any type of big heels to save my life. D: Unless they're tinytiny, like Mary Janes. Are RHS comfortable? Are they hard to get used to?

Thanks so much everyone~!
Collapse