I've noticed that a lot of so cal loli's don't check the so cal communities so I'd like to post this here as well!
Tomorrow (Tuesday, December 28th) I'll be going to Six Flags Magic Mountain with my boyfriend and a bunch of his friends. However I hate rollercoasters and will not be going on any so I've decided to dress in the usual lolita attire. Who would like to join me? Tickets are only $25 which isn't awful. I am just sad that I'll be all alone while he is with his buddies on rides.
I'd be bringing a small blanket for me to sit on (as to not ruin my skirt or anything else)
If anyone is interested, PM me!

I know I'm a few months late on the theme, but I wanted some feedback on a bonnet I made! For kicks, it is in tutorial format, so if any of you lovely lolis want to try and make your own (or have opinions on how to improve my own crafting!) you are certainly welcome to use this tutorial :)
WARNING
~~**~~**~~**VERY PICTURE HEAVY!**~~**~~**~~

Has anybody seen other styles of Aristocrat? I've just seen Gothic for the most part. I'd really like to see Aristocrat in classic florals or OTT sweet! I've searched, and seen a few wa-Aristo coordinates, but nothing else. If you've seen any photos or designs of Aristocrat in anything other than gothic, can you show me please?

Not sure if this has been posted before - some videos where Misako Aoki, Tenchim and Reina Tanaka discuss music, fashion and blogs, for Kawaii girl Japan x Nicky. Misako seems to get the least amount of vocal time but interesting none the less. Bonus - Misako easting a burger...?( Collapse )

I am asking for a male friend who really likes the design of this jacket:
http://www.bodyline.co.jp/bodyline/frame01.asp?type=gothic&subType=coat
Number P157.

The short version:
☆ Does anyone know a good photographer in Louisiana?
☆ Any suggestions on picking a lolita photographer?
☆ Is there a website for finding local photographers?
☆ Share your favorite lolita inspired photo shoots with me? :)
( Collapse )

A detailed review (and then some) of ordering a custom OP from HMHM through their livejournal service.

Here is where you can post what you received! I'm sure we'd all love to see what you got!

I was wondering if there are any stores around El Cajon or San Diego that sell lolita clothing?

So awhile ago I bought the AP Ichigo Millefeuille OP in Mint, unfortunately it's just a smidge too small for me. I've been holding onto it for awhile because I've been hoping to lose weight, but that apparently isn't happening and I don't want to have a dress that I can't wear comfortably.
I'm looking to sell it now but the only issue is that there are some stains under the arms from a previous owner which I haven't been able to get rid of.
So, how much do these stains reduce the value of the dress? I wasn't aware of them when I bought the dress and I think I paid around 300 for it. The stains aren't really noticeable at all when worn and someone more crafty than me may be able to remove them if they try, but they still aren't very attractive.
I guess what I'm asking is; is 300 a reasonable price for a stained dress? If not (and I'm guessing it's not) how much should I reduce the price when I sell it?

Hello fellow lolita!
I was wondering where I can buy lolita stickers. There are a few things I'm looking for:
-Imai kira-style stickers
-Sweets stickers
-Lace stickers

I would like to buy them online.
Thank you!

Hello egl :)
So us Puerto Rican lolitas has a meet-up on December 19 in one of Puerto Rico's most culture-filled centers, Old San Juan.

The holidays have got me in a giving mood and I'm considering making some simple, good quality accessories, like rings and necklaces to raise money for a donation to the Humane Society.

Comments, suggestions on this? I've only been with the sales community for a little over a year, and I've never seen one. Has it been done before? Be nice to know the organization and the outcome. 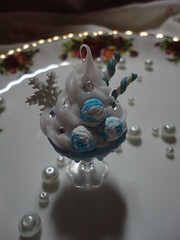 I will be going to ALA again and want to see if any other lolitas will be there and if so we should do a diner or lunch?  ^ ^

I was thinking we could do the Denny's down the street on Saturday, Time TBD

More info about ALA can be found here: www.animelosangeles.org/wp/2010/welcome-to-anime-los-angeles-2011/

While there are an abundance of good Lolita blogs, I have recently started my own.
It is a combination of a Lolita and a travel blog:
Mary Janes and Pinfires

I will be updating daily for the following three weeks as I am currently in Japan on a study/tourism trip.
A wonderful way to take up time during winter break.

Thank you for any consideration.
Collapse