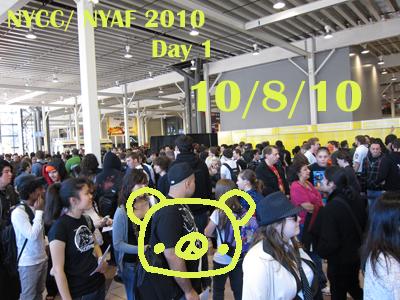 I think the coat is totally awesome! The accessories and JSK are refreshing and somewhat new in terms of the form that it's coming in, but it's not practical (practical as loosely defined, this is Lolita afterall :D) enough for my tastes and my wallet has just about had it with all these new releases lately, so I'll pass.

Its neat that you can now make a whole outfit out of Usakumya themed items. I would not have necessarily expected to see a JSK and coat for this theme. What's next? Shoes? Can't wait to see how that plays out XD

Since it's Halloween, they are trying to sell stuff again on the sales community. Please familiarize yourself with this post and this post to learn more about Milanoo's many faces.

Always make sure to check feedback before you buy or sell on the sales community and ensure you familiarize yourself with the list of banned  sellers and members. Even if we ban people from the sales community, they are still able to communicate via PM so please protect yourself.

If you have any questions, concerns, or know of more sock puppets, please let us know.

Thank you,
Your Mod Team

I've written two research papers since I've been in college, and because of the theme, I thought it would be appropriate to share! The first was for a folklore class I took, and the second for a modern Japanese literature/culture class. Enjoy! Concrit is appreciated, but I'm not going to go back and fix anything as they have long since been graded. Lol

I'm looking to buy a new set of makeup, and I'm interested in natural products like Bare Minerals, but I've been told that it looks terrible in photography. Since I'm going to be wearing it to meetups more often than at any other time, I'm concerned about investing in a product that will make me look odd or terrible in pictures. Have any of you had negative experiences with this product line, particularly with foundation?

So on brand bloomers, from looking at the pictures, it looks to me like at the waistband they have two compartments (might not be a good word but I can't think of anything better) with elastic running through. Some girl on another website was claiming that they actually have three and there is no elastic in the middle one. She said that this is the best way to sew bloomers. But that just sounds really weird to me.

Does that have any truth behind it? Or is it what it looks like and there's just 2?

Since I got into Lolita a short while ago I've been seeing that a lot of the time, skirts almost go for as much money as JSKs. I'm sure you can point out many instances in which this would be false, but I do find it a lot, hence this post.

Why do you think this is so? Is the top-part of a JSK worth so little extra? To me, a JSK is like a sleeveless dress, and it makes sense to pay €300 for a dress... yet I feel more awkward about paying €290 for a skirt. (These are only example prices, I'm not referring to anything anyone is actually selling! :))

Is there just something wrong with my definition of how "important" an item of clothing is? IMHO, because you need a top of some sort to go with a skirt, a skirt should be cheaper, whereas a dress is a finished item of clothing in itself and can therefore be more expensive.

What do you guys think? Would you ever trade a JSK for a skirt, or would you feel ripped off?

For those of you who have visited the brand stores in Japan I have a question.
I'll be going back there for the 3rd time this January and I'd like to know what the stores usually stock in-store. Like, if I went to the Angelic Pretty store I doubt they'd have Fantasic Dolly left, but what does their stock usually consist of?
(I'm planning what prints I'm shopping for, and which ones I have to scour Closet Child for.)

So are you, like me, too broke to buy anything, yet you somehow think it's a good idea to look through the sales comm or your favorite brand website or some other website out of boredom, when OOPS! You find something you have to have but have no way to get it?
What's your current I-wish-I-had-money-for-this item?

I just took a look at Bodyline's website for the first time in ages, and I sooo want this dress, but I don't even have the money for a Bodyline dress right now. :(  Click for photo.  I just have to hope brown isn't sold out next month **crosses fingers**

It´s fun to try new styles out ♥
So I´ve given a try on oldschool this time and made some photos.
I hope you like them!

Does anyone know if Innocent World checks their English email? (Which I beleive is info-e @ innocent-w.jp)

Yesterday, I had a little photoshooting with my boyfriend and I'd like to share some of the results with you. All photos where taken on the main-graveyard in my hometown, which is actually more like a big park. (Except of number 3 which was taken in another park in my city) You really don't have the feeling of being on a graveyard, except there is an incredibly reassuring silence at this place. It's really great for taking a walk and relax from the daily life, and I'm glad we could use our last sunny days for it.
( Collapse )

Hello! Does anyone happen to have a stock photo of this print, either in jsk or op form? I've tried the stock photo libraries with no luck. Thanks in advance!

As much as I love the brands, I can't rationalize spending $400+ for a skirt (why Twinkle Journey, why!? You would look so good on me) I actually can't rationalize $400 for much other than computer equipment and bills. So Before my mother died 2 months ago she was trying to teach me to sew. I can sew beautifully by hand, but machines like to attack me. I found a great classic lolita dress pattern (shape mainly. I was going to add other embellishments myself) and she got as far as laying everything out and cutting the fabric. Is it really all that difficult? I mean if I go slow and maybe just some junk fabric to start on? Is it something that you just have a knack for or can it be learned?

Hello ^ __ ^
I want to show you my recent look.
Coat shouted: sweet, sweet, sweet! But I wanted something more calm and classic, so I decided to create a pink and chocolate gamma (another reason is that practicality of brown boots, as opposed to white or pink one%)
All accessories have a chocolate color (because of the lighting may seem otherwise).
Enjoy watching ^__^( Collapse )