Dear EGL,
I orderd a h.Naoto skirt from Closet Child, payment went through, order went through, order shipped, order should have arrived by now.
Checked the tracking progress today.
This what it read:
Delivered, July 21, 2010, 10:49 am, JERSEY CITY, NJ 07310
Arrival at Post Office, July 21, 2010, 10:22 am, KINGSPORT, TN 37660
Your item was delivered at 10:49 AM on July 21, 2010 in JERSEY CITY, NJ 07310. The item was signed for by M FLORE.
What the hell? How can my package be signed for by someone who obviously isn't and who lives in Jersey? How can it go from TN to NJ in the span of 27 mins? And the cherry on this is that I can't call and inquire about this because I waited till Sunday to check the packages status.
Has this ever happened to any of you? Any idea what can be done about it or am I just out the money I paid for the skirt?

Okay, so Bodyline has these awesome freaking shoes, but according to their sizing chart, the biggest size they have available is too small for me.
I know Bodyline's sizing charts tend to be a bit off, so what I want to know is, does anyone have these shoes? How do they run? If anyone has the 250s, how big are they actually on the inside?

So a group of us got together at Glen Echo Park for a picnic. ^_^ And after a very exciting day went to an Ice Rink for mid heat-wave fun. We also weren't expecting a massive thunderstorm to hit and knock out all the powerlines. o.O

We met up at the entrance to the park, Glen Echo Park is an OLD theme park, one of the first ones ever built. It began in the 1890's.( Collapse )

I have a quick question,
Im looking to get my first ever brand item (sock don't count.)
http://www.babyssb.co.jp/shopping/pirates/106P510.html
But my waist is maybe like 3-4 CM over what it says, How much give can you get from the shirring or do I have to buy a waist clincher?

I haven't seen any art posts in a while, so if they aren't allowed now, mods may delete this post. ; ) I'm going to Cebu very soon and was wondering if there are any social stigmas I should be aware of when wearing lolita? For example, certain places/events you SHOULD NOT EVER wear lolita (other than like, funerals ofc lol), places/people to stay away from in lolita, if it's still super taboo like in Japan or just sort of amusing and weird like in Canada.
I don't plan to wear lolita a lot when I'm in the Philippines, but I don't want to tick anyone off.

Thanks!
If you click the pictures they have comments on each one
http://www.kpbs.org/photos/galleries/2010/jul/24/lolita-fashion-comic-con/
I'm the one wearing happy garden! :D
I'm really glad she actually listened to what we had to say and not automatically assume things!

Sorry if this has been posted before...

This past weekend was Natsucon in St. Louis, Missouri. It was alot of fun, even if the two big guests canceled at the last minute. They did well with what they had.

We also found out at the last minute (as in on our way TO the first fashion panel) that the person running both the Lolita and Gal panels had a family emergency and was unable to attend. Everyone looked a bit disappointed in the hall and in a split-second decision I loudly announced that the panel was NOT canceled and that I would run it. Since a guest of the con was about to hold a panel trolling the lolita newbs that had come for the actual panel I don't regret making that decision. Two well-dressed lolitas,

kittyeuphie , offered to help, ( so I sent them out to announce that the panel was still on.

Well, the obvious downside was that although I had good intentions I had no slideshow, props, or even the ability to pull up websites on the projector screen. So in the three minutes I had to plan this panel out the two lovely volunteers GRACIOUSLY agreed to be used as visual aids with which I could point out various parts on their outfits. Peter-pan collars, tea-party style shoes, rocking horse shoes, etc.

This post is a shout-out to those two lovely, gracious, and generous young ladies who let me use them to help spread the love of lolita. I unfortunately did not get their names (it was a hectic hour) and after we were interupted at the end and shooed out of the room for the next event to set up I couldn't find them again. I am truly grateful you were there, even if neither of you ever see this. I hope I made that clear the day of the panel!!   Edited after the fact:

And, also, I want to send a general thank-you note to everyone who attended said panel for not taking a picture of my bloomers. Also--I'm sorry I didn't have lolita giveaways like the brochure said there would be. If I had known even an hour beforehand I was going to host the panel I would have had some candy at least.

After Natsucon I came down with post-con-plague and have been unable to construct a complex sentance to save my life or I would have posted this sooner.

Just wanted to share some of my new style of rings and would love to hear what you think about them. 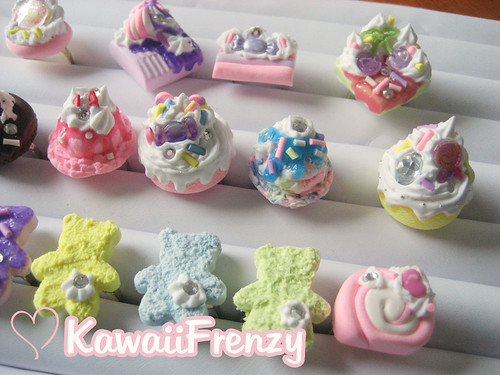 If you're interested in lolita fashion and living in/visiting Scotland,

scotloli has been created for you! Although we have a couple of UK-based communities they tend to be focused on England, which is often too far/expensive to travel for meets and so on. A recent post here revealed that there are actually a fair number of us up north, and not just the old faces from 5 or 6 years ago so go forth and make this our point of communication!

Looking forward to touching base with old friends and hopefully meeting new ones too. :)

Baking Red Velvet Cupcakes -> I love cupcakes, they are super adorable and are sinfully yummy!

Some lovely lolis have been sharing baking recipes - so I thought it would be nice to share my favourite cupcake recipe:) Hope you guys enjoy it. Please do share if you've got other fun recipes to try? I'm always on the lookout for fun tea party food. 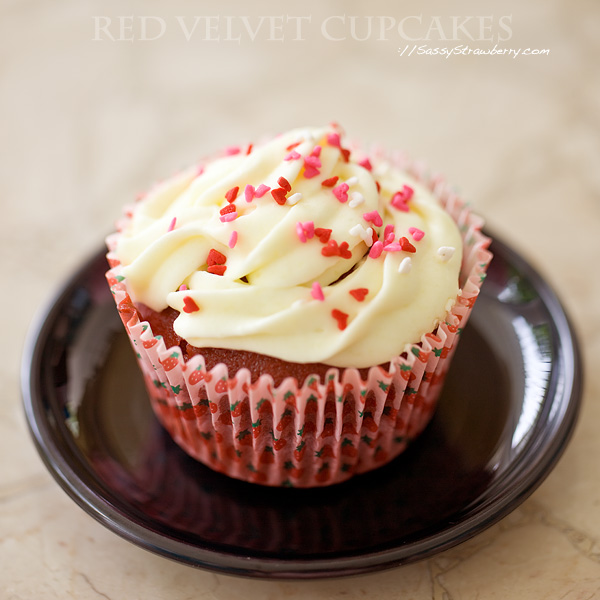