I've been trying to build a wardrobe and a wishlist inventary for a long time, however I am unable to find all the pictures I need. I was wondering if you could help me finding the ones listed under here, I'd really appreciate it!

Missing:
What I have but don't have in my wardrobe inventary:
I have a bunch of stock pictures saved in my harddrive if you need any help with yours. :)

I have been pondering over a coordquestion for about a week now.
I have this brilliant white dress and I would like to coord it with purple, because
for a project I need a purple rose corsage, I think it should be placed on my wrist.
This is not really hard I know that xD but I found this really amazing
hair flower accesoiries... the only problem is... they are pink...
What is your opinion about coordinating pink,purple(whatever shade) and white?
Have you ever done so? And if yes, please show mi how you did it, I'm very
curious to see what you made of it.

Thanks in advance,
Miyu

Did BTSSB ever make either of the Poodle Frill Frill JSK's in sax, or would that be one of the Momo & Jia replicas?

I couldn't find anything, so heres my problem

I bought an AP milky chan plastic bracelett, and my stupid post man, broke it trying to force it through the letter box (My mother caught him). So heres my question, is it possible to repair it? It's in 3 pieces =[

Sadly i'm sure that i'm not the only one whos had a broken piece, so please help!

My good friend is going to India next Winter Break; she will be there for several weeks and will have plenty of time to do whatever she pleases. She grew up in India (she speaks Bengali fluently) and re-visits quite often so she's decently familiar enough with the areas she will be going to. Though she isn't a loli (yet! hahaha), she's extremely fond of the simpler dresses from Juliette et Justine and several Moitie items. She tends to lean towards very simple or flowing classic designs as opposed to sweet or the type of stuff one would find from Baby.

OFFTOPIC EDIT: I didn't want to post twice but has anyone seen this: http://www.facebook.com/pages/Los-Angeles-CA/IM-Vivi-Styling-Fashion/404731868437#!/pages/Los-Angeles-CA/IM-Vivi-Styling-Fashion/404731868437?v=wall
I know it's mostly non-loli and some gyaru but some of the stuff is loliable. However, they claim to be selling Liz Lisa and several other brands at prices of under $100 (an impossibility in my mind). Is it too good to be true? 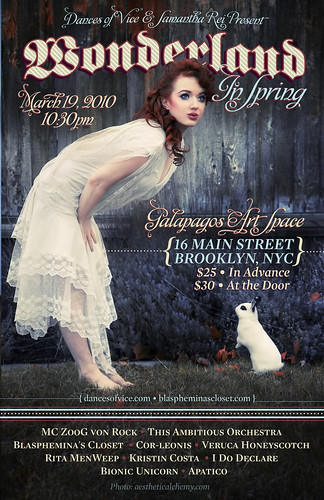 Hi !
I have to give a talk about lolita in the pacific (Hawai and Japan don't count only micronesia, polynesia and melanesia do) so I'm looking for lolita leaving in any Pacific Lolita.
I would like to know how is the lolita community there ( active, little) and how it's accepting by people around you (family, people in the streets).

Hi, I'm starting to get into Lolita and have been watching this group for awhile, so finally signed up with LJ and joined!

Then I went to a craft show in the Brisbane entertainment center last year and saw one. I tried to subtley follow her around the whole day! (creepy stalker? maybe.) She looked amazing! I knew I wanted to dress like her but had no idea how, since it was a craft show I assumed she made it all herself, and I was too shy to actually introduce myself. But one thing that struck me was, she wasn't sexual at all! not even in that little teasing way, it was a completely modest, childlike look!

I wished to look like her, but with a lack of sewing ability soon forgot about it, until recently when I was feeling really depressed, and googled princesses. I came across a princess website run by a lolita, and more than that, she was Australian! Much googling and research later, and I'm now saving up for some clothing and begging my husband to help me choose lol.

I've also discovered that my wardrobe probably already qualifies as casual EGA. I guess I always had it in me hehe.

I had some questions if people don't mind my asking.

Firstly, I've seen that the skirts can be anything from a subtle 'poofieness' to a very distinct and big bell. I love the more distinct, bell shape. Is that achieved by petticoat or hoop skirt? And if it's petticoat, how can I know when buying one online how much shape a petticoat will give? Or do I wear two?

Secondly I am working on a very limited budget, brand names are completely out of the question. I found your trading group here which looks great, I found Anna house, and Fan+Friend (And read the reviews on them, I shop at op shops regularly and have some basic sewing knowlege plus a wonderful grandma, so I think I will probably be ok shopping from them, I'm not a perfectionist, at least not yet, so the lace probably won't be an issue, who really sees it up close but the wearer anyway?) But then just this morning I found Bodyline. I'm wondering what the catch is :P Working in american dollars here, before today the cheapest loli dress I could find was $70, with most I liked being up around $100-$125 even from Anna house and F+F, but Bodyline has dresses as cheap as $30, and more than that, actually seems to have very good reviews! What's the catch? Am I working in the wrong currency or something?

I find I love the frillier, more extravagent, lacy dresses, any hints or things I should be aware of when trying to purchace them? And is there anything I need to keep in mind as a caucasian buying them, like sizing differences and stuff?

And finally, is there a Brisbane based loli group and how do I get in contact with them! lol!

Thank you for your time :)
Emily

Hi everyone!
I would like to know if someone has got a stock picture of this bag in pink!
thank you <3


I think that, as many times as they relaunch this dress, the first one will always be the prettiest. I think it's also the most well-tailored and the one that flatters your shape the most. I'm kind of iffy on the way these dresses look...

I think the brown one is fug, I mean, what were they thinking / smoking, but the navy blue one is particularily pretty. They nailed it with the colour.

What do you think?

But I'm wondering if any one has pictures of them wearing the GEO contacts, especially girls with paler eyes.

I have very pale green/blue eyes, and I'm wondering if they might look strange if I wanted to get a honey color.

So, last year I was at a local anime convention and there was a little lolita tea party. Most of the people there were cosplay lolitas though, so it was kinda funny and also pretty sad, but what should expect from a little desert town in the middle of nowhere? XD So anyway, the people in charge were giving out awards for the different types of lolita and "victorian lolita" was one of the categories which my friend who was wearing classical lolita won. Multiple times around I've heard otaku and cosplayers call classical lolita that. I've never heard anyone who is actually in the lolita community call it that. I was wondering if it really is just a term that otaku use or is it another word for classical that just isn't used as much by the real lolitas.

lol and I also found it funny that one of the girls working there (she wasn't even in lolita, fyi) accused me of not knowing that lolita isn't cosplay! XD sure, I was wearing bodyline, but it was worn properly unlike the majority that was shiny mini skirt-wearing cosplayers XDD

I just got into the "lolita" lifestyle and I plan on living the lifestyle lolita. This is my first outfit and I was wondering what people though and advice they could give me :3 ^___^
( Collapse )

I was recently thinking about an issue of brand sizes. Compared to my quite normal waist size I have big boobs, so I always have to be careful about buying dresses and blouses. I thought it would be helpful if there would be some kind of database of the true measurments of some famous dresses and designs.

I bet it happened to everyone else before, that a dress or skirt was a bit smaller/bigger than promised on the brand homepage, and if you are just around the limits of a sizing chart, a few centimeters can mean a lot.
( Collapse )

So ladies, especially those who are closer to plus sizes - share your experience of lucky or less lucky brand dress finds!

i have a few photos of myself and other vancouver lolitas to share :3
it will be split into three parts (so i dont make seperate pots and clog the comm) but it's image heavy!:

thank you for looking ^ ^

I hardly ever see any AP items NOT sold out. Is AP's popularity on the demise? I'm also starting to see Alice and the Pirates releases being sold out quicker and quicker. Is AATP on the way to its prime?

I wanted to get a quick pulse of what everyone's favorite brand is right now. So here is a quick poll.

Open to: All, detailed results viewable to: All. Participants: 870

What is your favorite Japanese brand right now?

I already looked at the memories but couldn't find an answer.
I want to buy an item made by a Tao Bao's shop seamstress . What Tao Bao agent is better for custom items? TaoBao Spree, TaoBaoNow.com and Yoy Buy they all look nice, but what is the best for this type of order?

Hey everyone! A while ago, I got interested in bonnets. Not the sattelite-dish AP ones or the floppy BTSSB ones, but bonnets akin to Innocent Worlds or Victorian Maidens. I think they look great with many different face shapes and hairstyles and look great with sweet or gothic.

To get to the point, I've began making my own. I'm currently creating my first one out of a natural straw with a variety of white vintage laces, roses and grosgrain ribbons. Hand stitching everything on is a pain in the ass, but I want it to look as nice as possible. I'm going to try making another one soon, but covered in a thick, durable fabric.

I plan on selling this first one as a test to see how well recieved it is (I'll be posting pictures when it's finished if anyone wants me to.) If it does sell and people are interested, I'll definitely be making more. (:

So, I come to you with questions! ( Collapse )

If anyone would be kind enough to show me how to reserve on AP for Happy Garden I would appreciate the help, im located in NYC so I dont know if they ship internationally.

If not, is someone one willing to reserve for me? We can discuss details over PM for privacy. I already posted this in the EGL comm sales but no ones seems to reply.

On March 7, last week, Moscow Lolitas gathered together to watch Alice in Wonderland and have a cup of tea afterwards.
Some pictures from the meet-up :)