Alright everyone we know it's coming and the blossoms are about to bloom! 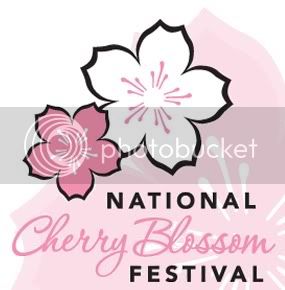 WHY: To celebrate the Cherry Blossoms, to see the festival parade and the Sakura Matsuri (street festival).
WHERE: Meeting at the Carousel on the DC National Mall.
WHEN: Saturday, April 10th at 9am (The parade starts at 10am and the street festival starts at 11am when the parade ends.)
HOW: I would recommend taking the metro, the Smithsonian Stop and use the Mall exit. The carousel is just a 2 or 3 minute walk from there.
DRESS CODE: Is not strictly lolita, any form of Japanese fashion is acceptable, Lolita is just preferred. So bring on your Kigurumis, Decora, TA, Gal, and Kimonos too.

We'll meet at the carousel at 9am, hangout and take pictures for about half an hour to 45 minutes and make sure everyone can make it. From there we'll cross the mall and head to the parade, like a 3 minute walk. After the parade we'll head to the street festival which is also just around the corner. Now the festival is HUGE and VERY crowded, so kinda stick with a group or a buddy, because last year we split up pretty quickly, though I wanted to keep people together for longer. After the festival we can kinda go off and do our own thing. I'd really love to see the cherry blossoms at the water basin, so after the festival (that ends at 6pm) I'll probably head to the water basin to take pictures, and whoever is with me can come too!

P.S. The food is good but WAY overpriced and the lines get to be 20-30 minutes long. I'd suggest packing a bento or eating before you go.

I really love tshirts with puffed capsleeves to wear with lolita,... but they can be a bit hard to find. I'd like to do my own designs on them, too, so it would be nice to find a good source. I really just want some good ones to wear with my skirts. :\
American Apparel doesn't carry this style, do you know any place that carries blank tshirts with puffed cap sleeves? (an example is this kids shirt from disney or this cute Candy Violet shirt.)

I'll be in Fukuoka for 10 days from Mar 22nd on and I'm currently writing my huge shopping list. However, could anyone translate me BABY's Fukuoka address please? I'm pretty sure it makes no sense to spend 3 hrs trying to re-write their official site's Japanese signs on my part *laughs*

PS: Does anyone know something about an IWATAYA and Sasa in Fukuoka?

I hope it's ok to post it here. It's not an ad. Only a report on lolita fashion.

What's "SHINJUKU MARUI ONE"?
SHINJUKU MARUI ONE is a department store specializing in clothing. It's the perfect place for people who want to express their personalities through fashion. The store houses various brands selling gothic, Lolita, punk rock and street clothing.

musicJAPANplus and SHINJKU MARUI ONE will begin a collaborative project! In this section we will show you what's inside SHINJUKU MARUI ONE, and will also upload reports on various events held there! If you're planning to visit SHINJUKU MARUI ONE while sightseeing in Japan, read the articles here to do some research.


Shop clerks of the various fashion brands will tell you their most recommended items. We will do a fashion check of those clerks as well! Check here to learn the latest about Japanese fashion!

The shop sells items from all the brands under the h.NAOTO group. In addition to brands providing punk, gothic and Lolita items, brands such as 'HONEY' that sell SEXY & CUTE clothing for women, and 'Sixh.' that designs VISUAL & MODE-kei items for both men and women are well worth a look.

＜ Back ｜Top ｜ Next ＞

Last issue was Angelic Pretty.
Which one do you like more?

I ordered a tan skirt and brown SS shoes, but I found the shirt and sock colors hard to coordinate.

So, here's the deal. My friend's older sister is getting married next July (a very long time from now, but hey, we might as well start looking). And she is very accepting of my friends lolita love, so she is allowing her, the maid of honor, to wear lolita at her wedding :D
However, there are a few requirements for the dress. It has to be close to floor length, which is obviously the number one problem when sifting through lolita dresses. The second requirement- it needs to be teal in color. The third and final requirement- it needs to not be too distracting (you know, no obnoxiously adorable prints! xD).

So, I was wondering if there were any dresses out there that met these requirements? Her spending limit is about 200 dollars I think, but she has a lot of time to save up more if necessary.

Thanks for your time! ♥

Many of you will be familiar with my ongoing problems with Suppurate System.

Suffice to say, it is now March 10 and I still do not have my LP.

- If Canada customs held my package since it shipped on Jan 20, it should be here by now.
- I have quadruple-checked the information I gave Suppurate for shipping and it is all correct and accounted for.
- I have e-mailed every goddamn e-mail they have on their Japanese and International website, as well as the Inquiry automated forms. Multiple times over the past 2 months. Incidentally, the ss_virtu e-mail they use on the Japanese end regarding bank transfers now bounces e-mails as an invalid address. ¬_¬

At this point I'm thinking my contact attempts are being heavily ignored (or Ryonai/Suppurate is irredeemably shitty in looking at his inbox), and am basically considering my 12,000 yen lost as I cannot get a PayPal dispute opened (way hellishly beyond deadline). What I do want is a resolution, and any further advice to be given appreciated. It's particularly frustrating for me as I know Ryonai is nuttishly active on Twitter, and you can't message him due to privacy settings. D: Someone kindly messaged him for me on his MySpace, but as of yet, no results.

Advice? Anyone with ins on how to get in contact with this damn guy? Has anyone ordered from Suppurate recently (post January 20)?

Any crumb of information would be heavily appreciated. Thank you ahead of time.

Hello there, EGL! For one of my classes, we're doing a topic on subcultures and I'm doing a paper examining the whys and wherefores of Lolita's popularity here in the West. Given the recent surge of attention Western Lolitas have received from the mainstream press and from Japanese brands, I think it's a timely topic and one I'm really, really interested in exploring! I'm hoping to use personal responses in my paper and have created a quick survey - any of you could take the time to fill it out, I'd be very grateful!

When did you first get into Lolita?

What was your first exposure to it?

How long have you been a Lolita/ when do you consider yourself to be be a Lolita?

What about it really appealed to you? (In terms of the fashion and attitude associated with it?)

What is your own personal interpretation of the 'perfect' Lolita?

What is your own personal interpretation of a 'bad'/'ita' Lolita?

Are you active (posting pictures of outfits etc) in online communities? If yes/no, what are your reasons?

What are differences (ideologically, fashion-wise etc) might you have noticed between Japanese Lolitas and Western Lolitas?

Of course, I'm also plunging into the memories, but would like more up-to-date interviews to work with. Thanks so much for your time!

Edit: Oh lord, that'll teach me to post when I'm running on caffeine and little else. I managed to forget one extra question! Thanks so far to all respondents, I really appreciate it!
Collapse