So, due to November's theme, let's have a post discussing what songs inspire us / remind us / etc etc of lolita! For example, what lyrics remind you of lolita or your favorite coord? Or, what music do you listen to when you sew or wear it? The song doesn't have to be related to anything lolita at all, that's what I love about music...everything is personal and different. So share some youtube vids, or song lyrics, or anything you want!

For me, the song that most reminds me of lolita is the song "Melody" by Kate Earl. It was a freebie on iTunes a few weeks back and I fell in love. ;D

Here is the official video:
http://www.youtube.com/watch?v=rXJDqzKePnc
It's a little bit weird and for a few seconds she's not wearing a shirt, but you don't see anything, lol. Just thought I'd warn.

Mods if this isn't okay feel free to delete. :)

Which would be the best way to give some extra cuteness to clothes?
I've never used transfer paper but I don't know how resistant is the fabric paint either
Or is there some other, better way? 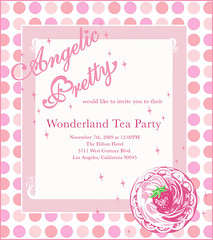 To save a little warmth and fun in this very unpleasant autumn, inspired by the beautiful Iron Gate cake the Hungarian lolitas had a little home contest dedicated to Marie Antoinette's (in)famous words. The rules were really simple: bake, make, decorate a cake either alone, or with a friend's/mama's help, and make a picture of it arranged with matching decorations.
The categories were: 1. lolita print or design, 2. loli-able theme, 3. Halloween.

I'd like to ask for your help, EGL - please have a look at the pictures below, and vote for your favourite cake! Please consider the following aspects: 1. the originality and idea, 2. the finished cake, 3. the arrangement of the picture.

Hey, I just wanted to let you know that the Secret Santa is still on. I've been going through a lot of personal issues lately and have not been near my computer. However, I will check feedback and get everyone paired up with each other within a week.

If anybody is willing to/wants to help with this process (collecting addresses, checking feedback, etc...), let me know! I want to get everyone paired ASAP and it will be easier if I had someone else helping me work on it.

Info about the Secret Santa is right here!

Thank you for understanding~

General disclaimer: I used the search function to the best of my abilities, but this is kind of a weird question, and everything that came up was about *other girls* not dressing appropriately.

How does egl feel about non-loli/aristocrat significant others showing up at teas/meetups/etc.? I'd really love to go to PMX next year, especially since my boyfriend's family lives in the area and it could double as a trip to see them (I live in Nashville, so it couldn't exactly be a quick day trip).

The problem (not really) is this: while my boyfriend supports me in lolita more than anyone else, I'd never ask him to dress in aristocrat or anything just so he could go a rufflebutt party with me. Granted, he likes suits more than most guys in their early 20's, and is always willing to dress nicely.

I guess my question is, would we be shunned at a tea party if he just showed up well dressed, rather than in platforms and a top hat?

EDIT: Thanks, everyone! Your responses have been great so far. However, I never meant to sound like I would ask my boyfriend to do something or go somewhere he wouldn't want to. I know he'd find a tea party to be the most BORING thing in the world, but if there was ever a more boyfriend-friendly meetup, I'd like him to go, but not if other girls are going to harass me for not having an OMGEGAOUJIBOYFRIENDDESU.

I'm thinking of expanding my portfolio, so I would like to draw some girls for free! I realise I need to develop a cute but efficient style in order to actually get commissioned lol.

So I would like to request photos of your loudest, brightest coordinates - the more elaborate the better! I'll probably finish them in Dec - Jan so this is giving me a huge headstart haha.

I would also like to request no full shiro or full kuro outfits please, I want to capture details and it's hard to see them sometimes in those coordinates *_*

EDIT: Thank you for all the submissions! Right now I am working on drawing the first handful of girls - so please bear with me if I couldn't squeeze you in :(

Has anyone ever purchased ringlet hair falls, particularly the "silky curl" ringlet falls like those sold here? I think they're kind of cute, but it's hard to gauge what they might look like in real life/when worn. I don't want to waste a ton of money on them if they're, well, crap. :\

If anyone has any reviews or pictures, I would really appreciate it! <3
Today, my mom asked me what I wanted for Christmas.
(She's thinking so early! O:)

I am tall with big legs and big feet. The biggest part of my calf muscle under the knee measures 18" around. I've never worn any Brand socks for fear that they wouldn't fit or that the picture would become all stretched out.

What is your experience with socks from the various major brands? I wanted to buy some AP Miracle Candy Socks like the ones below and was wondering if they'd become distorted and stretched-looking:

Thanks in advance for you help!

Working on some hair clips... i will be posting these to either the sales comm or to my etsy eventually, but for now these are just prototypes. con/crit requested :)

I know she just got married and had othe rstuff in her life going on that would prevent her new line from going up. All her website says it'll be coming out Fall 2009 but i was wondering if anyone knew any other information about an exact date or something.

So, I was bumbling around chat rooms on this site called IMVU, out of boredom of course. While on there, I come into this room, and I get chewed out by this like 14year old boy from japan. He tells me that I can't be goth AND wear sweet lolita numerous times also trying to explain why, which didn't even make enough sense for me to even try to repeat. The whole time this is going on I can't help but think "What the heck, seriously kid?"

I prevented myself from saying anything to cause drama, but I just got really annoyed. Now I know styles like goth and such are different in western areas then they are in Japan, but seriously, no need to go bat-crazy.  I honostly wanted to kick him in the face. So, while I just kindly disagree with him, he then said that I was then neither goth nor really lolita because I was apparently trying to mix goth with sweet lolita (even though I wasn't, I was in sweet lolita, and my username mentioned a goth potato). Like seriously, what the heck.


What would any of you done in my situation?
Collapse