My Mom tells me stories of olden times when people used petticoats and it was common. They lay flat after a while and it's not fun at all! My favourite petti was so fluffly before and now I have to pull it out from between my legs when I walk because it's gone all soft.

So she said that they starched them when they got like that, but she has no idea just how they did it. I thought that if I just do it, it'll get white (it's black)?

I searched on google, but quite much everything was nonsense.

This site was quite good http://www.elizabethancostume.net/cordpett.html but I still feel unsure. Does anybody know anything about this or do you just throw them away and get new ones after one wash?

Is there an Ohio loli group or anything? I don't recall the LJ group search being so shitty, alas I cannot find anything...

I'm in Columbus/Upper Arlington, I just moved here (I have mentioned before that I lived in Colorado... uh, obviously that's changed now!), so I command any lolis that live nearby be my friend!
( Collapse )

This is just a little mental babble I had before I fell asleep last night about the lifestyle side of things.

For many people being lolita means being child like. Innocent. It's even a hard clad Rule for some people.
Now even these people accept that being Maiden like is a good bet for older lolis. It still seems to be attached to the innocense though. A purity of self that I was definetely attached to in my earlier days as a loli. As childlike was creepy for being nearly six foot and 20 years old already.
But now, at 25, I find myself kinda growing away from both of those terms. I'm hardly childlike, and calling myself a maiden is starting to make me snicker. I mean if you're old enough to have changed some of the younger loli's Diapers...
I am Still very attached to lolita. So I thought, why do we have to be constrainded to the youth ideal? Can't lolitas be Ladies as well as? Does lolita, as a group conciousness not as individual people, have to be constrained to the younger set?
One person told me childlike wasn't really a discription of lolita but Playful was. I think women can be playful throughout their lives. Find joy in beautiful things and be charming even at 90 years old.
Without being some creepy person pretending to be 30 years younger than they actually are...

p.s. if I've offended anyone. Please refer to the icon. XD 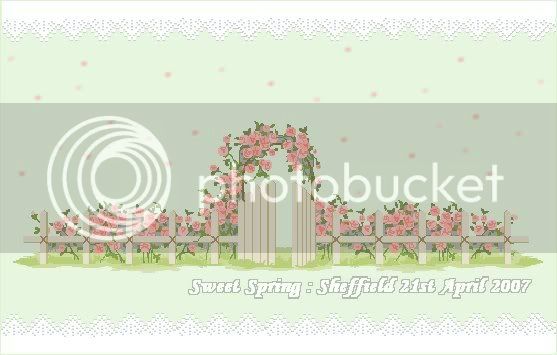 Haha even if I'm the only one going, the tea parties march onwards!
Even if no tea is had. XD

( Collapse )
Hiii
question plz about brand petticoats.
Does anyone know how big both BTSSB and Meta's petticoats go in the waist?
I think I should get one for prom 'cause my dress is being made of brocade, which may be too heavy for my ITS poof petticoat.
If I think they'll fit I'll be hosting a group order. =)

( Collapse )
so while ago myself [and later someone else inquiring] made a post in regards to their bloomers / petit drawers and the fact that they didn't send them to me when i ordered them with a pair of shoes.

so of course i emailed them.
well, do not use their paypal address for this, they'll tell you they don't handle questions there.
if you need to ask rose chocolat something you should:
go to their website, log in
go to "contact us" at the top menu
scroll down and click 1:1 care service center
send them your question w/ your email like it asks

and they will respond to you by email. she responded to me within a day i think. she apologized, explained that there was probably some kind of communication error between her and someone else, and told me that she sent my drawers now. i think this was tuesday maybe, and they came in the mail today by ems :) she also sent with them some really good korean candies and a couple packets of tea that i am totally going to go make later :p.

hopefully they can get their stuff sorted out for the better of everyone. but at least if they forget your stuff, you should still get it if you ask.

I don't feel like I look fantastic in these photos, but I have to say I did try (light makeup, little blowdry). I wasn't in a thinking mood today, so I just coordinated all black. Let's see what you think!

So what do you guys think? It's a little short but not too bad. I want to wear it to the sakura matsuri, but it's black D: and that's so somber, I dunno. Can anyone think of ways to sweeten it up?

I'm doing a Report on Mana and I wanted to ask some questions about him.

Its me, ms Desu here to apologize for my ignorance of the rules when i first got here..

despite some rude comments I should have read the rules before posting... and should have been sober. HHAHAHA

anyways.. heres some pics of my actual preferred style... critique welcome this time :)
as long as your nice about it...

but here are some recent pics I took when my new Nellie Oleson ish wig came in. Hope they are better suited. :)

According to the Baby website, the Yokohama store will have a sample sale on the 25-27th. I'm wanting some clarification, if anyone is more familiar with these things:

A sample sale is where they sell the items used for display/modeling at discounted rates because they are basically "used", right? Or is this something different....?

Anyone have any idea what they mean by "B" selection? That's throwing me. o_o

And while I'm ruminating about Baby news, are they trying to tell me there'll be a drawing at the Takasaki store, if you spend more than 10000 then you get a chance at one of the 5 presents?

Let's pretend that you are off to Japan. You have $600 USD to spend. You can visit any brand which has stores in Tokyo.

What do you buy?

[Whilst this is mostly hypothetical fantasy, I'm also curious to see what you'd spend the money on if you were there, as I am off in two weeks, and looking for suggestions ;) I find I miss a lot of awesome things, when browsing brand websites.]
( Collapse )

( Collapse )
I know this has been discussed here before, I looked on LJseek and couldnt find it though. How does one refer to lolita, when trying to tell someone who doesnt know what is about it? I cant say "I like Lolita", because then people will think I'm a pedophile. I dont want to say "I like gothic lolita" either, cause then I feel like I'm giving the impression that I only like gothic style(actually, gothic is my least favorite) or I could be some creepy fetish person. Same thing can go for referring to it by any other style (Classic, Sweet). Someone can get the wrong idea and think I'm a pervert... Is there anyway I can avoid misconceptions?
Collapse