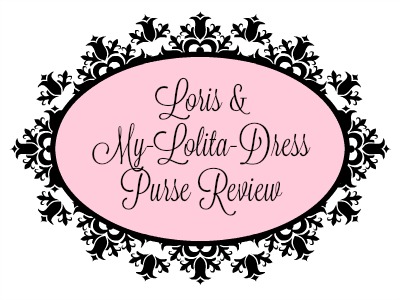 On the 24th of November, I placed an order through My Lolita Dress for this purse from Loris: http://www.my-lolita-dress.com/loris-heart-shape-white-trim-lolita-bag. I was wanting an all white bag to match several things, and I had already bought a bag from Loris so I felt pretty good for the quality. I chose to buy from My Lolita Dress over a regular shopping service since, on the page, it said the bag was in stock and could be shipped within 3 days. They also offered EMS, which I chose since I was hoping to receive my bag in time for a con that was 2 weeks away. More on this later.
Check out was super easy since MLD uses a cart system. I just selected the color I wanted, added it to my cart. They also offer a wishlist function, which I like because then I can keep a visual of different things I want to Taobao. The site is in full English, as well as pretty easy to navigate. I especially like the ability to check to see only items that offer custom sizing. The bag was priced at $32.99 which a bit less than I paid for my other Loris bag that I purchased through a shopping service. After shipping costs, I ended up paying $61.49. Pretty pricey, but shipping will do that to you.
Communication:
A day or two after I placed my order, I received an email asking to confirm my shipping address. I did and then didn't hear back.
On the 29th, I noticed that the Orders page on the website had never updated. I sent them an email asking to check in on my order. Later that day, I got a response from Linda saying that she's sorry to have me worried, and that "[o]ur server guy made a mistake, and your order's deleted from online accidently, but we have a copy of everything offline, and it doesn't influence the process either. We will ship out the bag soon." She also asked me if there was a deadline.
On the 30th, I replied that there was. On the 1st, she replied saying it wouldn't make it in time and would get there a couple days later. I was disappointed but told her that would be okay since I was still wanting the bag. She replied saying that she would ship it out when it's ready.
Shipping:
At this point, I was a little irritated since the site said that the bag was in stock and so it should have already shipped out by then.
Five days later, on the 6th, I get an email saying that my bag shipped and it should arrive in 4-5 work days. So, by now, a bag that should have taken 3 business days to process has taken 8 or 9. I also did not receive a tracking number, despite paying for EMS, nor did the website Orders page ever update. I received my bag on the 11th.
What I Received: 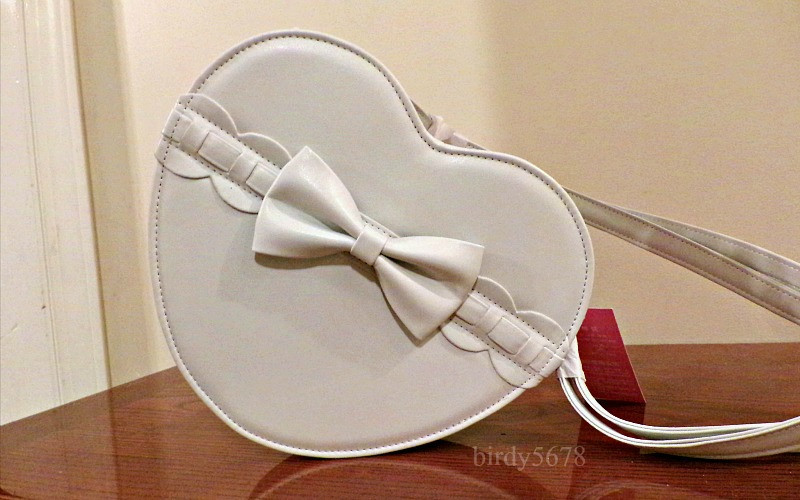 The purse came in a pretty standard plastic mail bag. Inside, the bag was very carefully wrapped in a double layer of bubble wrap. The first thing I noticed was the color. For a second, I was convinced they'd sent me the wrong color. Through the wrapping, it looked absolutely silver. Upon opening it, I realized that it wasn't, but it was definitely an odd shade of white. It's a little hard to photograph. It's practically a pale gray. Alone, it's not terribly noticeable, but it certainly doesn't match anything else white I own.
Here I put it against a pair of white socks and well as a piece of paper to show how the color's off. 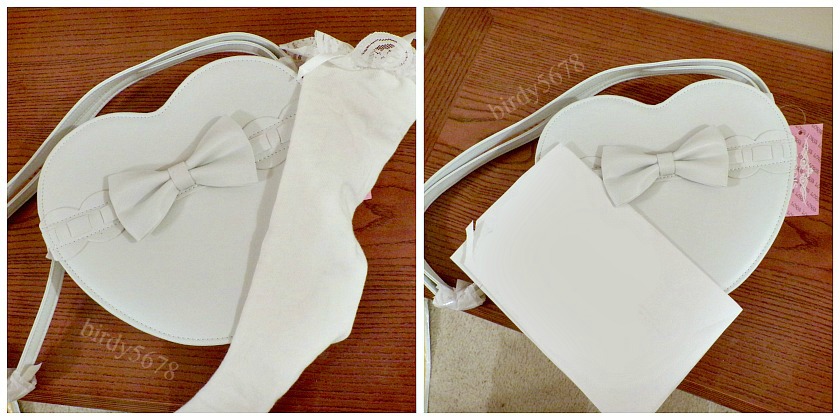 The quality isn't bad, but it's really not close to the quality of an offbrand purse that costs half what it does. As you can see, it looks squished from the side. The material on the sides is pretty thin, though the front and back and straps all feel okay. 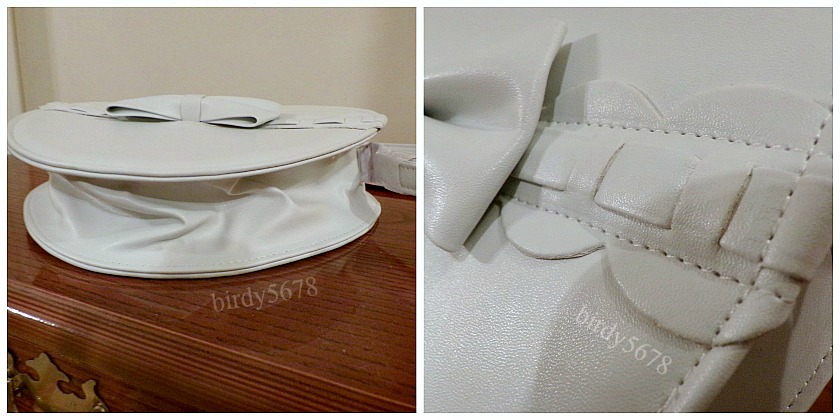 Conclusion:
Overall, I'm pretty disappointed. I don't know if I'll order from Loris again. I've already had two purchases from them that I'm not crazy about. I may buy from them again if I was only going to use it every so often, but not for repeated use. Other than their processing being much slower than promised, I'd still consider buying from My Lolita Dress again because of their fast responses to emails, convenient layout, and good English skills. I sent an email asking if there was an option for returning the bag, so we'll just have to wait and see about that.
Tags: *loris, review product: accessories
Subscribe