I have the 2010 Pinafore JSK in Navy and the 2015 Medium Length JSK in black, so I thought I would do a comparison post. 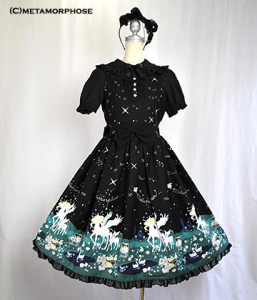 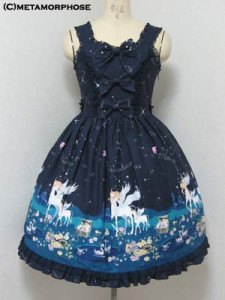 Here's a full shot side by side: 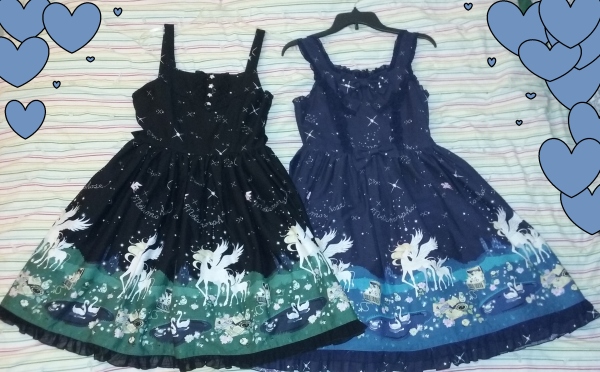 The two dresses differ vastly in a lot of ways, mostly in small details, which I will go into step by step.

HEM: Only the bottom ruffle is really different, Navy on the right has two layers, an underlayer with the printed fabric and a chiffon ruffle over that. Rerelease on left just has a chiffon ruffle added to hem.

PRINT: The unicorn scene print running along the hem is about the same, besides the color. I noticed that even though the original is older, the unicorn scene looks crisper on it compared to the release. The rerelease colours look more faded out, and lines are not as sharp in the art. 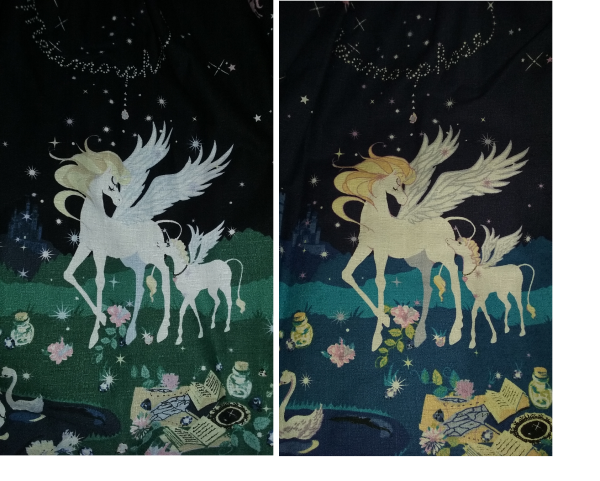 Rerelease has no ruffles, but has the unicorn print at the bottom of the waist ties, and is attatched by regular round black buttons.

I wish Meta had used star buttons for the waist ties and shoulder straps for the 2015 release, I thought that was a really nice detail in the Navy dress. 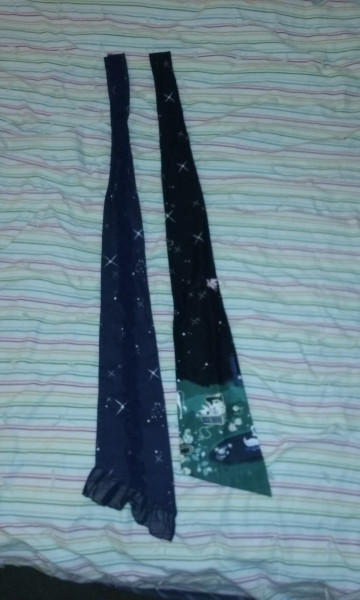 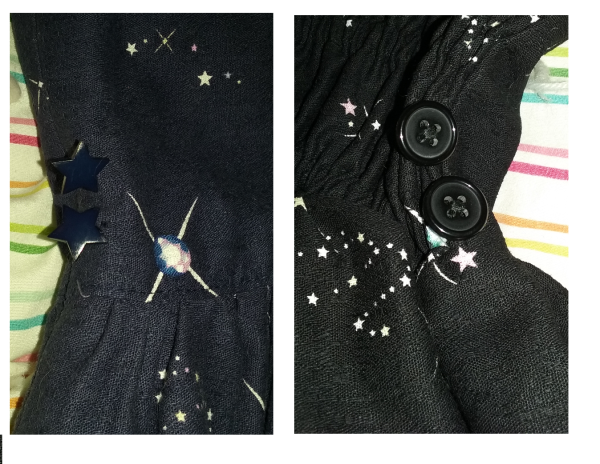 BODICE & SHOULDER STRAPS: Navy Pinafore JSK has 3 bodice bows, the largest bow comes with pearls sewn in. The Rerelease has four star buttons along the chest, chiffon ruffles lining the four buttons and one black chiffon bow (not included). 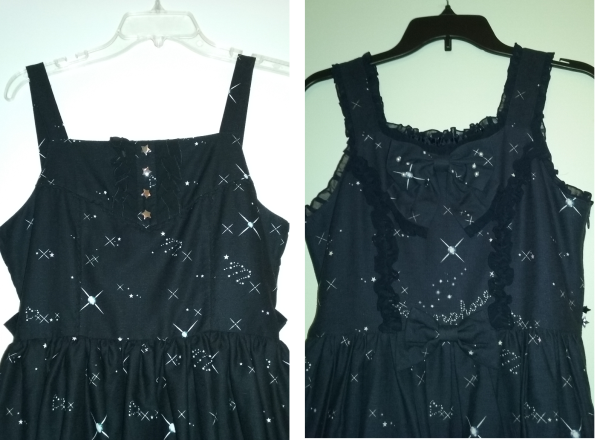 BACK OF BODICE: 2010 JSK had quarter shirring in the back, 2015 is all the way shirred in the back, which I feel is not as elegant of a look, but is great if you are looking to accomdate a wider bust size. You can also see where the Navy has 4 star buttons for the strap, while the Black has 2 round buttons. 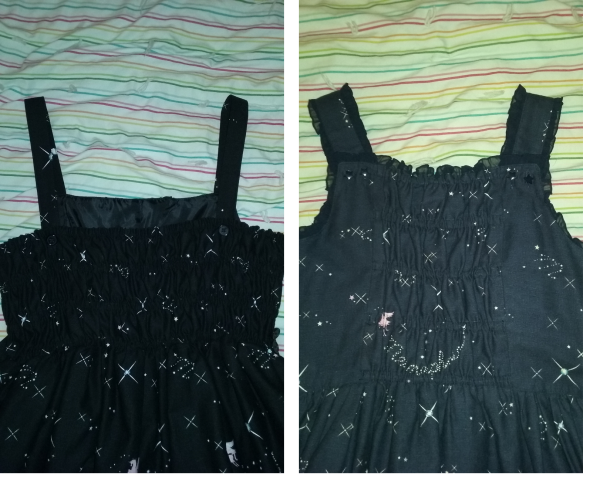 Basically I come away with this deciding that the 2010 JSK has much nicer details than the 2015 JSK. I can see why Meta was charging less for the re release, because it just doesn't have the same attention to details that the original did. The rerelease has a far more casual feel. I prefer the shape of the bodice of the original to the re release, along with the attention to detail with the star buttons and chiffon ruffles lining the dress. Both are beautiful though!