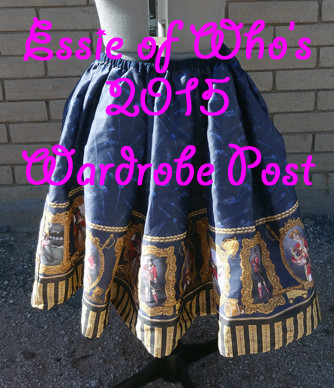 Hi everyone! This is my first time making a post here in the EGL community so I'll introduce myself. My name is Mary Ruth, I prefer to be called Mary, and my screen name is Essie of Who. (My nickname is Essie so if you call me that it won't bother me too much.) I'm new to EGL, the community here on Livejournal, and wearing lolita in general. I've known about lolita for years (about 10?) but it wasn't until 2014 when I really made an effort to purchase/make anything lolita.
Inspite of my good intneitons, 2014 turned out to be a bad year for me to get into lolita. For the past five years I've been going through delayed growth spurts and it wasn't until very late 2014 when the growth spurts slowed down enough that I think my body is extremly close to settling at it's proper height. Due to this, and that I had to buy all new non-lolita clothes to fit my new height, I decided not to buy anything lolita until I know how tall I should be, what size I am, I'm able to replace all the clothes I outgrew, ect. I did buy fabric to make myself lolita jumpskirts, skirts, ect. but those plans were delayed due to a broken sewing machine.
Although 2014 ened up not being the year when I could wear lolita, I still was able to finish one skirt to go with a military style cordinate I planned on making inspired by Hussar jackets.
This is what the skirt I made looks like... 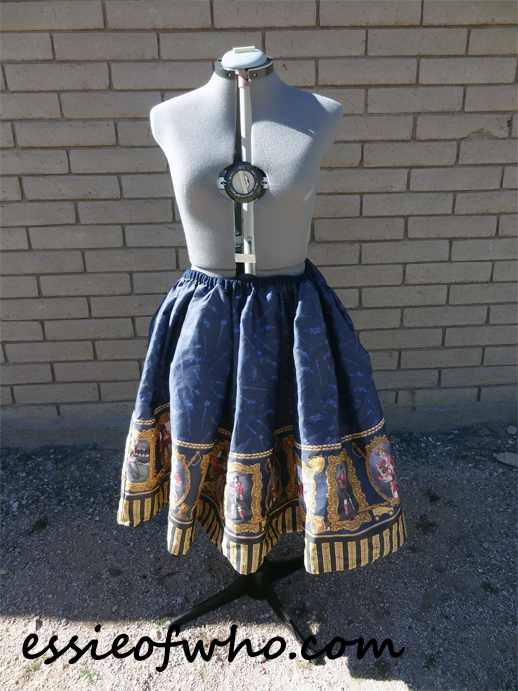 The skirt was made using fabric I bought from Spoonflower. The design, Called Cait's Redcoat Museum, was designed by ninniku and has portraits of redcoats on the border from the 42nd and 27th regiments, Highlanders and Irishmen. The fabric I had the design printed on is organic cotton sateen. It has an elasic waistband. Since I made the skirt when my sewing machine was broken, I hand sewed the whole enitre skirt and finished the raw edges by using french seams. Although it took me more time to finish than I'd like it to have, I'm satisfied with my hand sewing, especally on the hem where I was able to hide the stiches in the hem so the thread won't show on the gold designs.

In addition to the skirt, I also have shoes I plan on using with my lolita outfits but I didn't take photos of them and include them in this post because they're part of my normal everyday shoes. I plan on including them in my wardobe post next year.

My plans for my lolita wardobe in 2015 is to finish the rest of the cordinate that goes with the skirt, including a Hussar style jacket (I think. Still thinking about if I want to make it a jacket or coat.), make a jumperskirt out of star chart fabric I found this week, make a tartan lolita I can wear pieces with the skirt, and buy lolita clothing. I'm getting to the point when I'm becoming too busy to sew myself many things, but I do have the money to buy already made things. I hope I can buy one skirt I've had my eye on for months and, if I save enough money in time, a jumperskirt I've also had my eye on for months. I hope I can buy my very first name brand item this year, but we'll see how my growth spurts go and if I'll have enough money.

I made a bigger, more in-dept post about my lolita wardobe plans for 2015, including everything I'm making to go with the skirt, on my Livejournal here.