Crazy, outlandish themes you would love to see pulled off in Lolita

Inspired by a post on facebook depicting 'Redneck Lolita', it got me thinking. With all the substyles and themes we currently have, who's pushing the envelope? Once a year, during Halloween, we see people pull out all the stops and create truly outlandish, wild, jaw-dropping designs and themed pieces. Why not have a little more fun with that? Even if they push the boundaries of what could be considered 'Lolita', what fun is there in sticking strictly to what's been rehashed over and over again? Why stop at satin, when we could run LEDs through our OP and make Tron-lita? Why do carousels again when you could have a beer-stein print? How about instead of another round of delicate, easily torn chiffon, someone throws down and produces a ruffled Ouji piece entirely out of denim? We could call it Cowboy-Prince style or something, who knows! Let's be creative today, and show examples of Lolita pushed to the absolute limit, or just inventive, crazy ideas that push the boundary of costume and every day wear. Every great jump in the fashion industry started off as controversial, after all. Let's get a little silly today.

On that note, I'll start this crazy train. 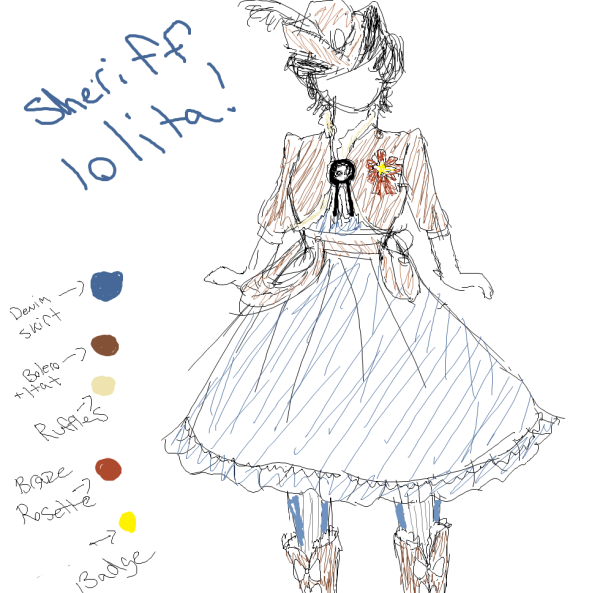 I start off with something that conceivably could happen already, give certain fabrics and some accessories that Meta (The blue pinstripe OTKs) and AaTP (the bow'd ruffled boots) have already made. It does look kind of costume-y, but at the same time has a certain classiness to it. I'd watch a B/W serial about a ruffled sheriff cleaning up some western outlaw town, where the criminals don't take her seriously until she shoots their hat off their heads. Fastest gloved hand in the west, I don't know. It's kitchy, but I love it.

Posted with permission from the original artist; Redneck Lolita! 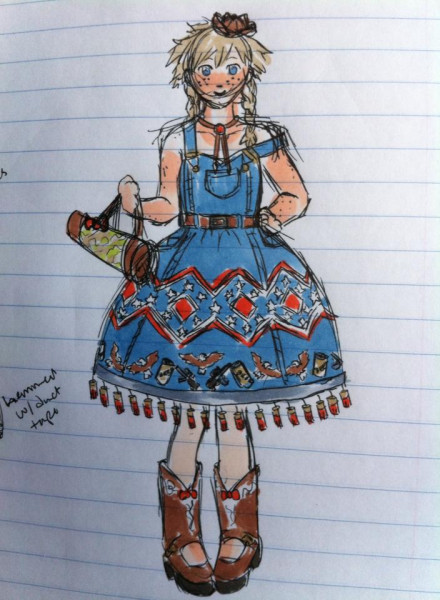 Why yes, those are shotgun shells for the trim at the bottom. I think it could do with a cutsew under the jsk, but that's just me. I love the little braids though. 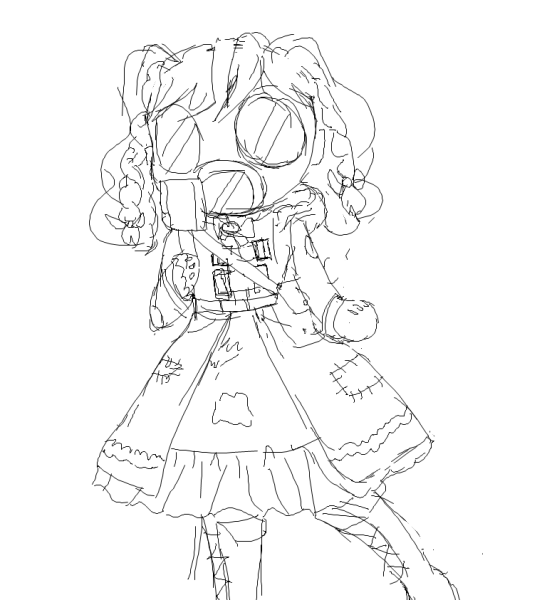 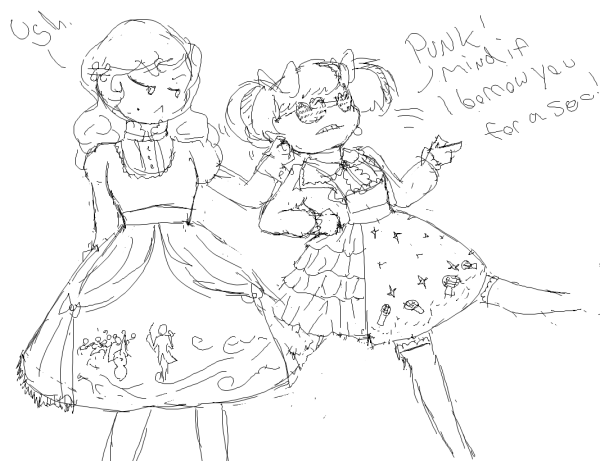