I spotted a Lolita in the background in the new Cosmos!

It's about a half hour into the 3rd episode, during the scene when Neil is walking around Paris talking about population.

At first I thought it was just a girl in a cute girly top, but a couple seconds later they cut back to her legs and it's pretty obvious she's wearing Lolita! 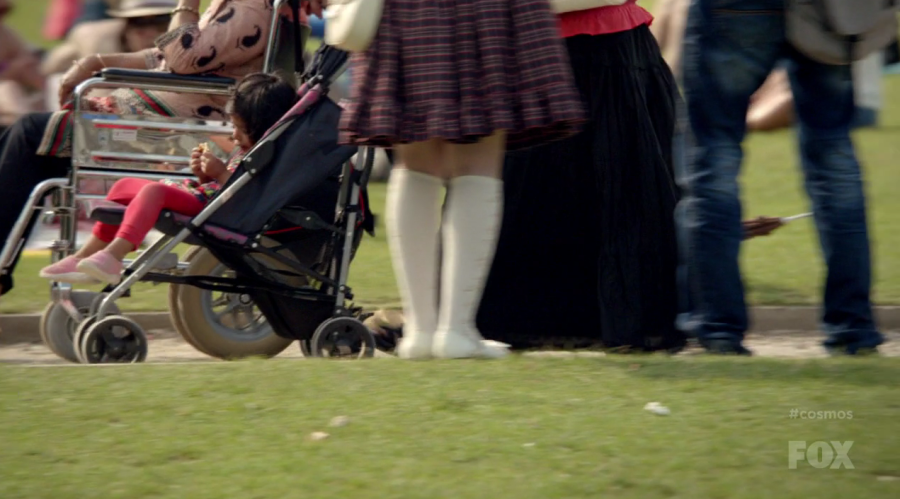 Anyone know who this lucky lady might be? It's pretty cool to spot a Lolita in something like Cosmos!