Black and White, then and now

In line with this month's theme, let's take a look at one of the most stigmatized color combinations in lolita, black and white. Once one of the most iconic color pairings of lolita, it's now fallen from grace. It has become the staple of knock-off companies. This color combo has gotten such a bad rap that newbie lolitas and even some veterans will automatically classify any dress sporting the infamous b/w as being unfailingly ita. It's a terrible shame, so let's celebrate the down-trodden! Post your favorite pieces that exemplify the tasteful, classic contrast of black and white!

Some of AP's offerings over the last couple of years have caught my eye. Their Storybook JSK in B/W was actually one of my dream dresses until I found out how short it was. I still love it to death, and in the future when I've dropped enough weight, I'll use it for a bloomer-peeking old-school inspired coord if I can get my hands on it. 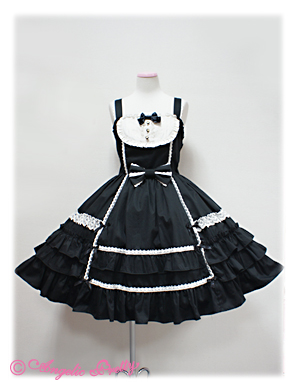 JetJ isn't exactly the brand one thinks of when B/W comes to mind, but they've produced some gorgeous pieces that really showcase really good lace detailing against black fabric. A+ in my book. 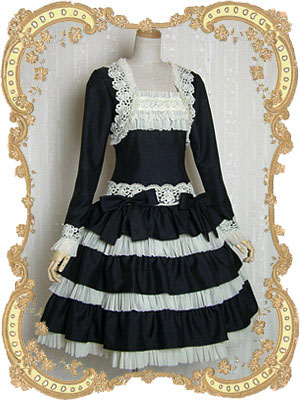 That said, there's something to be said about older pieces. BTSSB's Isabel OP has just the right placement of lace, and the contrast of the off-white and black velvet is just sumptuous in my opinion. 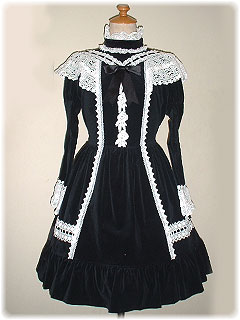 My greatest lolita weakness are nun pieces. MmM and Meta produced WAAAAAY back, and I wish someone would revive them. 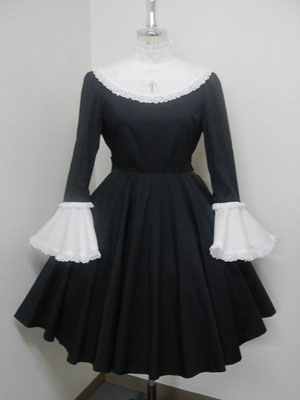 Would you believe that Bodyline made one once?! It actually didn't look half bad from the pictures I found of it, or at least, it had some potential. Make it longer and use better materials, and they've got a really cute, old school gothic OP on their hands. 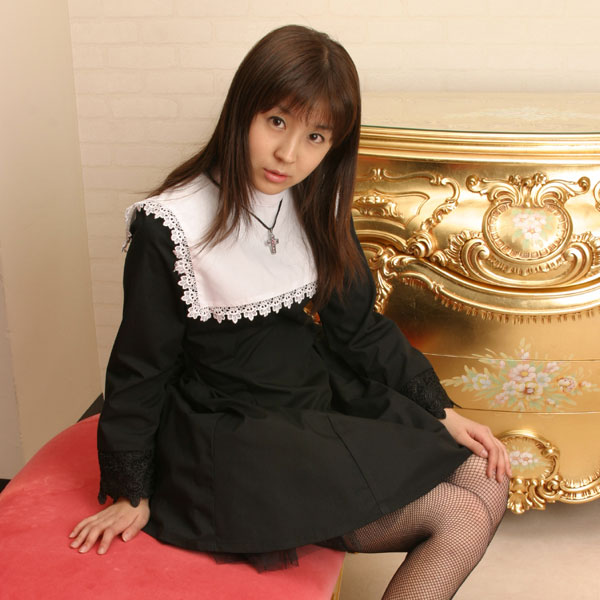