Tea Party Food for the Lolita Who's Watching her Waist Measurement

Follow the jump for what I do at work when I'm bored... 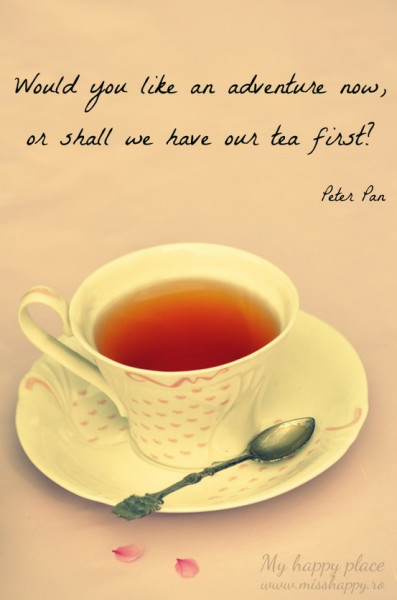 Disclaimer: I'm hesitant to post this, because I don't want to stir up the fatty-chan flame war or the lifestyle Lolita debate, and because my culinary skills (using the term as loosely as I hope my petticoats will soon be) leave a lot to be desired. So if this is post is inappropriate or unwanted, please let me know and I'll take it down. Final disclaimer: All images are stolen, so if I've stolen from you and you happen to be the Yakuza, please let me know, as I'm rather attached to my little finger and would like to remain that way.

However, I know that I'm not the only Lolita who is trying to adopt a healthier lifestyle, but also enjoys the so-called Lolita lifestyle. I'm a huge anglophile, and it seems to be getting worse as Christmas approaches. I've taken to watching enormous amounts of Blackadder and surfing the web for novelty teapots. Just a few of my favorites: 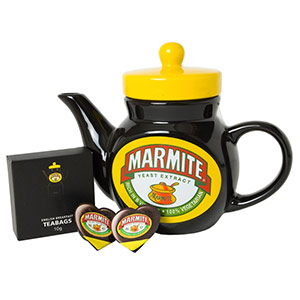 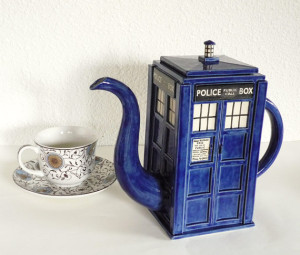 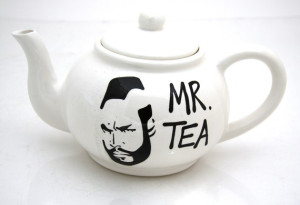 I've also been drinking a lot of tea, and trying to resist eating a lot of the things that go with it. But even leaving aside high tea, which was a hearty working class English dinner (to my limited understanding) and looking instead at the apparently daintier low tea or afternoon tea, which is most associated with Lolita, the food tends to be fairly high in calories: scones with clotted cream, cakes, pastries, bread and butter. And this is for a snack.

TLDR: I decided to put together a low-calorie tea party menu. I hope you enjoy.

Mini fillo (phyllo) shells are a godsend for tea parties. Athens' are 35 calories per two shells, and Safeway's are only 10 calories each. If you add a half a tablespoon of Smucker's sugar-free jam (10 calories per tablespoon), you have an adorable mini jam tart for only 15 calories. Or you can add lemon curd for a lemon tart or experiment with Laughing Cow Cheese, fresh fruit, Jell-O's sugar-free chocolate pudding or something a little more indulgent since the serving will be tiny.

Fresh fruit is an obvious addition to a healthy tea party, but it still deserves a few words, because tea parties are all about presentation. My favorite way to present fresh fruit is in the form of strawberry roses. 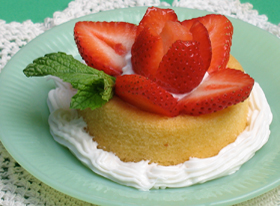 This isn't the best tutorial, but it comes as part of a Beauty and the Beast cake so I have to include a link anyway:

Another way to serve strawberries (can you tell they're my favorite?) is as strawberries and cream. Simply add a little fat-free cream to a bowl of strawberries and pretend you're at Wimbledon. (Or watch the tennis scene from Strangers on a Train, which is much better if you ask me.)
Ice cream

I've read amazing things about Arctic Zero ice cream which is only 37 calories per half cup, but I haven't gotten down to the nearest Whole Foods to pick up a carton yet, so I can't honestly endorse it. If it is edible though, it might be nice served with fruit or in the traditional English way: ice cream and jelly (or ice cream and gelitan). Vivian Hoffpauir of Candy Violet has a nice Lychee and Elderflower jelly and ice cream recipe:

If you use sugar-free Jell-O (10 calories per serving) and Arctic Zero or your favorite frozen yogurt, you can make the dessert a little healthier.

The quintessential tea food is also one of the healthiest. The bread is thinly sliced, the butter is thinly spread and the servings are small. If you want to make it even healthier, use reduced calorie bread (I like Sara Lee's, which is 45 calories per slice), make the sandwich open faced, use I Can't Believe It's Not Butter spray and skip the egg salad in favor of cucumber, radishes, watercress, Laughing Cow spreadable cheese or even chutney. Shiba's chutney is a little expensive, but it's less than 10 calories per serving and comes in a variety of flavors like cranberry, which would be nice for a holiday tea party. Especially if you used a Christmas cookie cutter to shape the sandwiches. 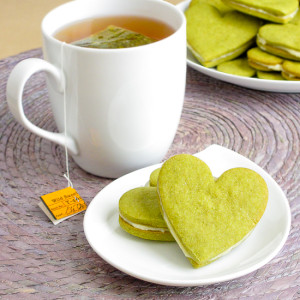 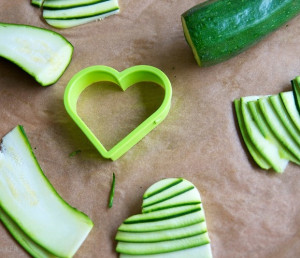 Soup and tea may sound like an odd combination at first but they really pair very well. After all, we crave them both when we have a cold. And we're already making sandwiches. What pairs better than soup and sandwiches? My favorite soups for tea are watercress, cucumber (you can use the leftovers from your sandwiches) and tea soup. I found this amazing little story about an accidental occurrence of tea soup from The Old Foodie:
http://www.theoldfoodie.com/2011/09/tea-soup.html
But there are more legitimate recipes for tea soup, such as ochazuke. It's more of a rice dish than a soup, but the only three ingredients are dashi (Japanese broth), green tea and rice although you can add rice crackers or pickles on top. I anglicized the recipe a little by using Better than Bouillon organic vegetable soup base (5 calories) instead of dashi and black tea instead of green tea. Rice is very healthy, but a low-calorie substitute is Miracle Rice (0 calories), the rice manifestation of shirataki noodles. 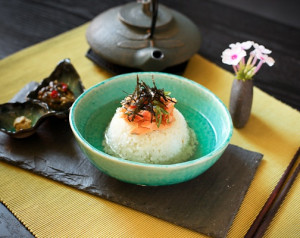 Salad
Another nontraditional tea party addition, but this menu is already pretty blasphemous. Adding edible flowers, like rose petals to a salad create a very pretty dish. You can use watercress or cucumbers instead of, or in addition to, the lettuce. I may seem obsessed, but it's because watercress is only 4 calories per cup and a whole cucumber is about 45 calories). Lemon juice or strawberry flavored vinegar are light alternatives to creamy salad dressings.
Bread and butter
You can use reduced-calorie bread and add I Can't Believe It's Not Butter spray with sugar-free jam or Marmite. Or you can use Melba toast instead. Melba is toast that's extremely dry and sliced in half so it's extra thin. It was named for Dame Nellie Melba, an Australian opera singer Helen Porter Mitchell (and also the inspiration of the eponymous Peach Melba.) The founder of the Ritz hotel, César Ritz reportedly named the dish after her when she was sick and it was all she could eat. It's about 60 calories for three slices, although the slices are smaller than regular toast. They're comparable to large crackers.
Tea
I can't write a tea party menu without talking about tea, but I don't want to stir up the milk-in-first debate either, and the best thing about tea is that you can make it any way you like. I'll just say this: I prefer loose-leaf to tea bags, I skip the milk and sweeten it with Stevia, I serve it in a Jade-ite teacup and I am currently in love with The Tao of Tea's Rose Petal Black. 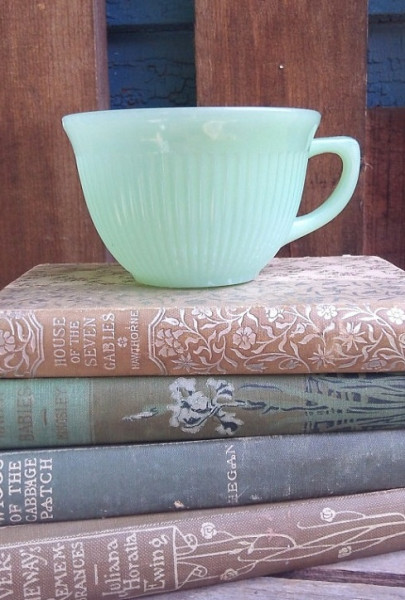 I tried to make these treats as low-calorie as possible so that you can enjoy the original Fourth Meal and still have a nutritious dinner later. Or you can just munch on some celery, go for a jog and then indulge in that clotted cream. But if you've read this far, I can only hope I haven't been a total bore.
Pinkies up. 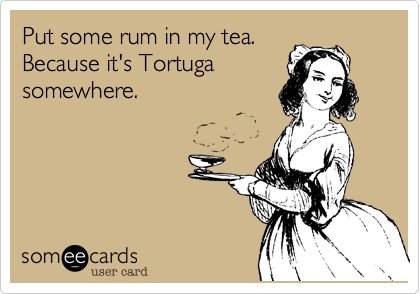