Most of us will be arriving at the Eagle around 11pm since things don't get crackin' until then. If anyone needs help or directions please PM me and we can exchange numbers :) Take a power nap after the con and get ready to dance all night=)

For those girls that like to strut their finest frills on the dancefloor....Friday night of Sakura Con is going to be a good one.... Many of you girls already come to Fringe, which is Seattle's best glitter fueled costume dance party madness, but this Friday

rockin_rollita arranged for it to be harajuku fashion themed for all the lolitas in town and those who are coming to town for the con. Come join us and get to know each other over a few drinks, jello shots, and dancing at the Eagle on Pike street. Sweet lolitas, we want you over the top in sweetness! Goth Lolitas, make sure your lace and lipstick are black as night.

Last week's fringe pictures can be found here, so you can see how amazingly fun it is.

Fringe, -noun; 1. an outer edge; margin; periphery: on the fringe of the art world.
2. the edge of something, often used to indicate the borderlines of a certain concept: in politics, the fringe is usually the rare bunch of extremists, or in general the outcast members of a group that are considered less than peccable members.
3. A big gay ole time

Prize for the best costume!

Check out past Fringe events at
narkmagazine.blogspot.com 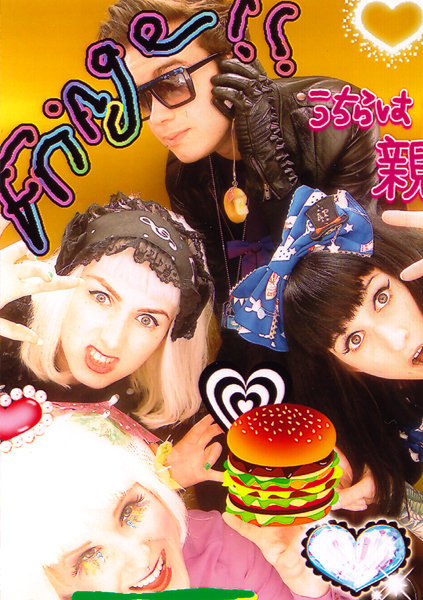 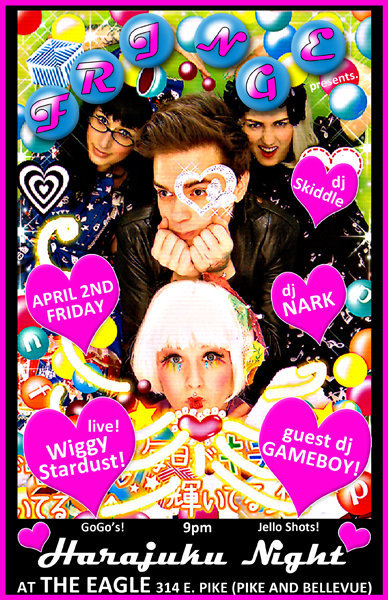